Last night was the first night of our Gospel campaign and it was absolutely amazing! As you know, we’re in a very unreached nation and for security reasons, I’m not mentioning our exact location on the Internet or by email, but we’re near the Middle East in a country that is absolutely ripe for the harvest.

One of the local officials who attended the meeting told us that he estimated that there were over 140,000 people in attendance last night. I’m not sure if it was that much, but I can tell you one thing, it was a LOT of people! Next to our field was a large Mosque and the local Imam attended our meeting and said he was very was blessed by the meeting and my message. The crowd was also full of non-believers, most of whom had never heard the Gospel before – until now.

I preached crystal clear Gospel message about Jesus being the Son of God and the Savior of the world. When I made the altar call for salvation, I asked several times for ONLY those who had never received Christ before and who wanted to, to stand to their feet – the response was overwhelming! At least 80% of the crowd stood to their feet to receive Jesus Christ as their Lord and Savior! Thousands and thousands of people came into the Kingdom of God last night and we are so thankful for what the Lord has done!

You can watch the Facebook live recording of the altar call by clicking HERE. Due to limited Internet access, the video is blurry and it actually cut out when I was asking for only those who had never received Christ before to stand for salvation, but you can see some of the response for yourself.

After the prayer for salvation, I prayed for the sick and Jesus confirmed the Gospel with many amazing miracles! One man came to the meeting with a blind right eye – until Jesus healed him. The man came on stage beaming with joy, he gave his testimony of how the Lord healed him and the man demonstrated on stage that he Lord did in fact heal his right eye (see picture below). Praise God! There were also many others who came on stage and testified of being healed of things like back pain, leg pain, demon possession, breathing problems and much, much more.

We give God all the praise for what He did here last night! Tonight and tomorrow night, I’ll be ministering in much smaller settings, but we still anticipate several thousand to be in attendance in both meetings and on Sunday I’ll be ministering at the largest church in the country. Please continue to pray for a mighty move of God here in this country.

Also, if you want to sow a financial seed toward our next Gospel campaign, we would be honored to partner with you again to further the Great Commission in this region. You can do so by using the ‘Give Now’ button below.  Thanks again!

Together in the harvest,
Evangelist Chris and Amanda Mikkelson 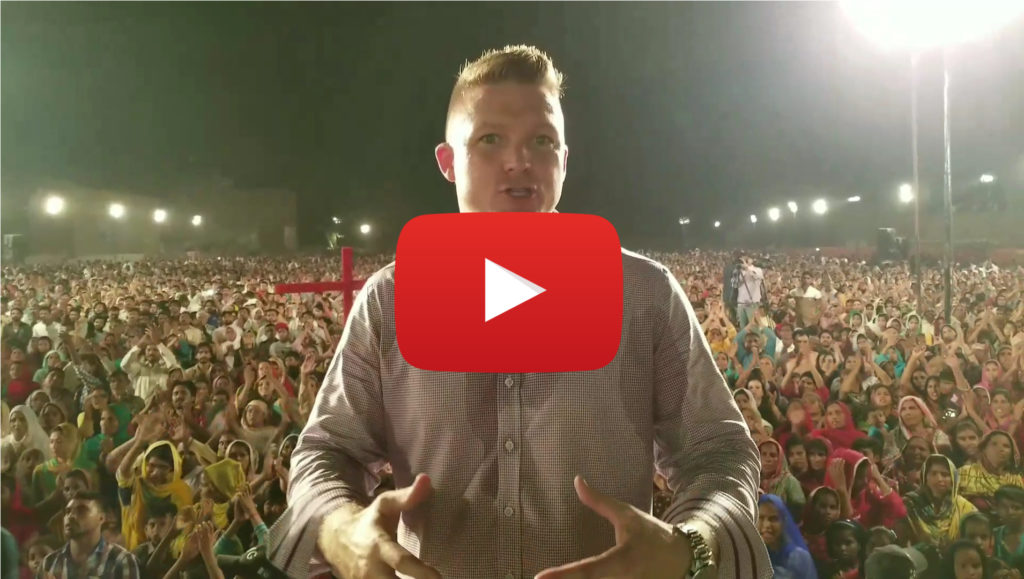 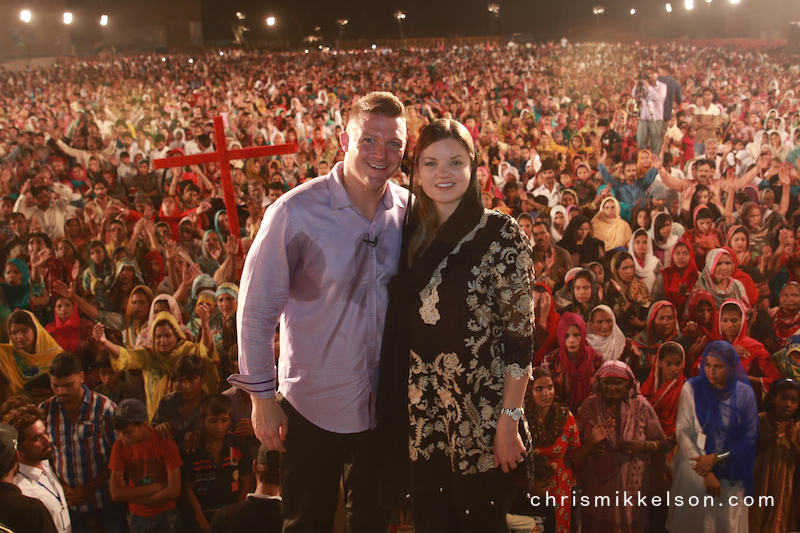 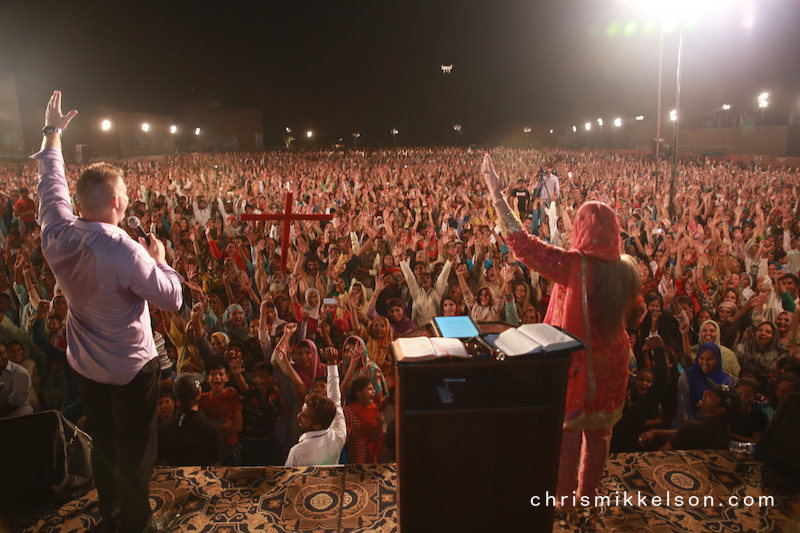 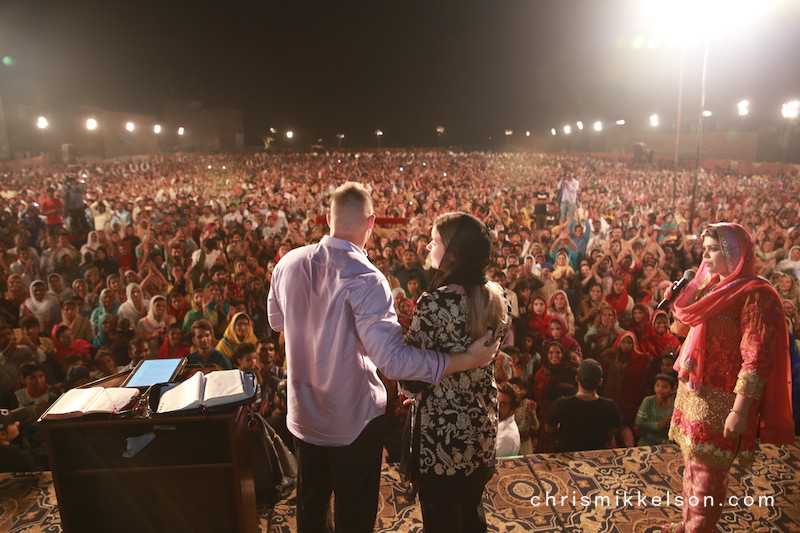 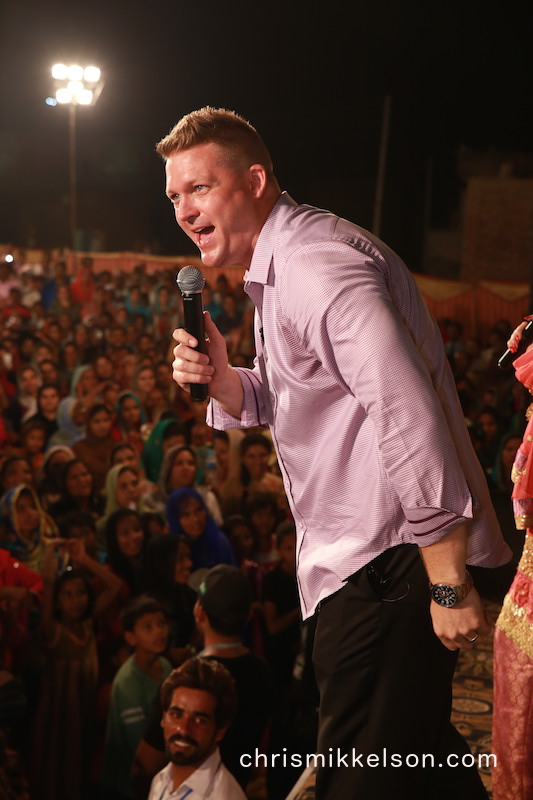 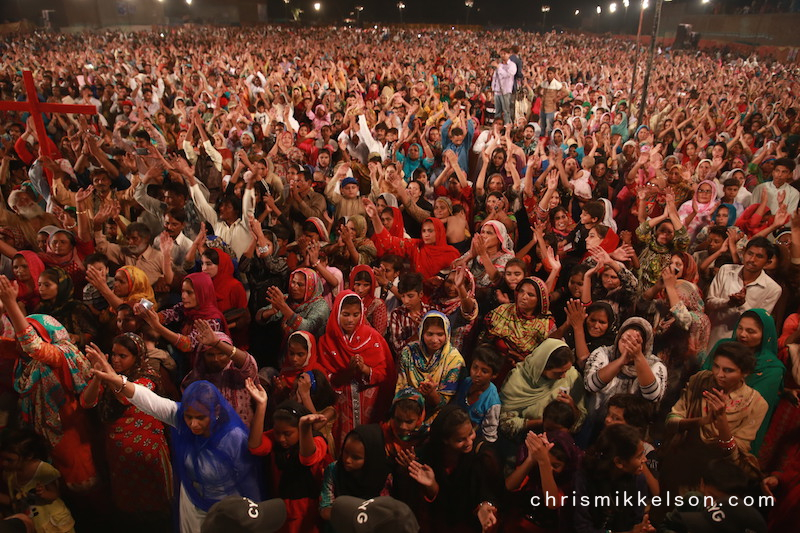 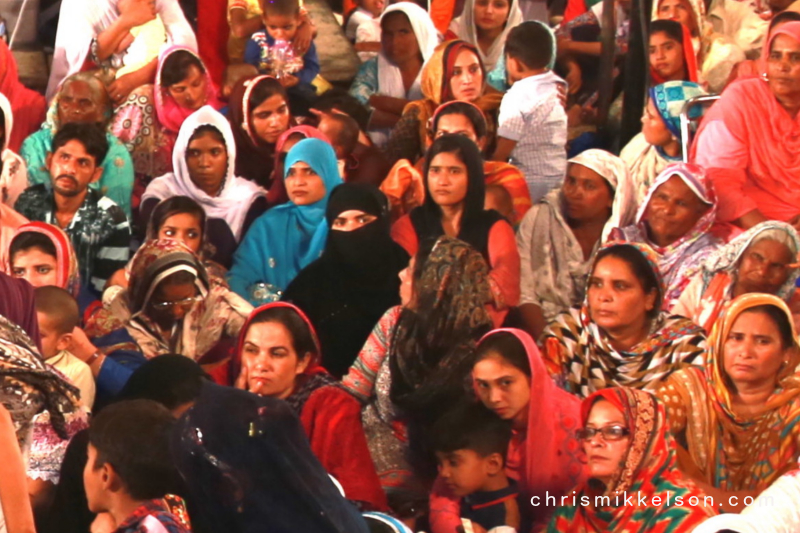 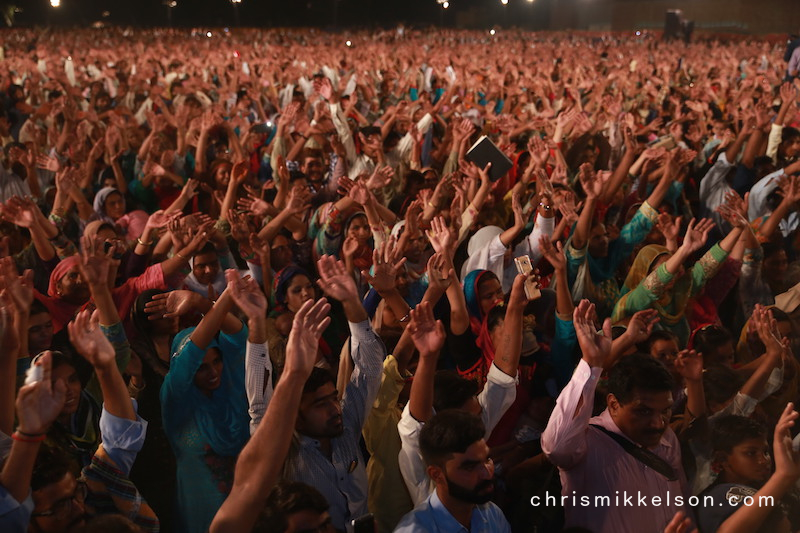 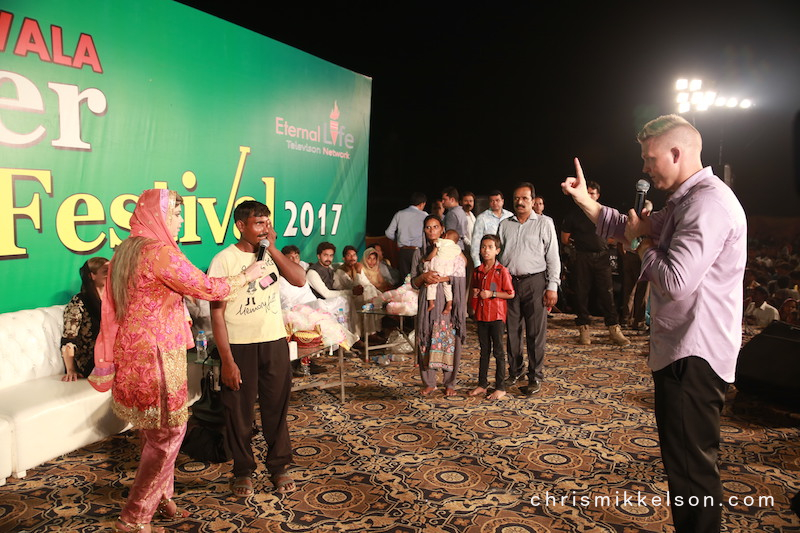 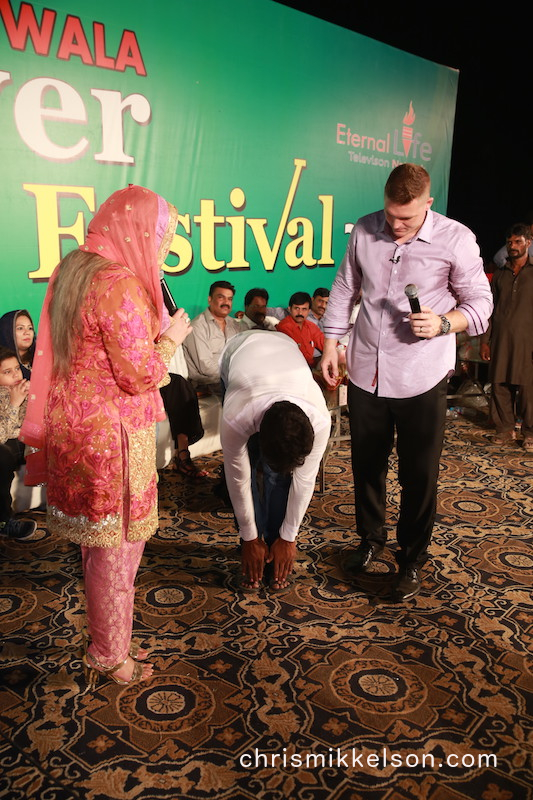 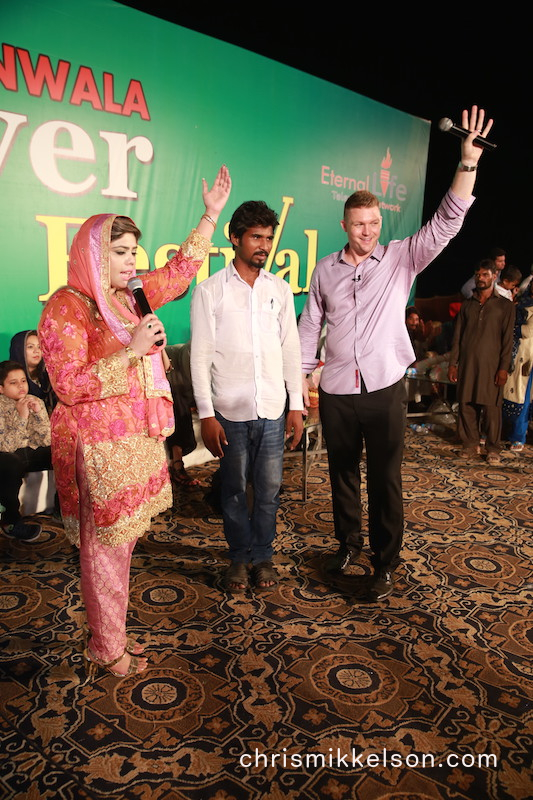 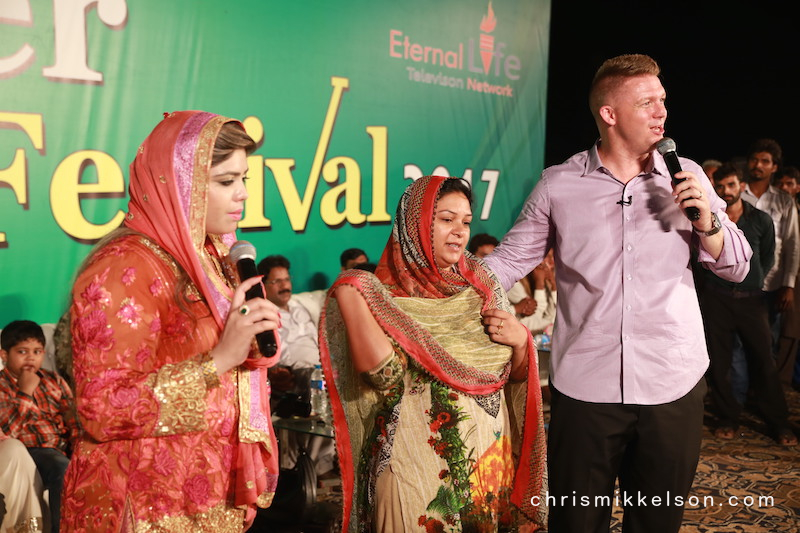