Wow!  What a night we had at our gospel crusade near the Middle East!  I’m told this is by far the largest crusade that has ever been conducted in this city and the largest gathering of people in this cities history!  Praise God!

I just got back to the hotel and I’m overjoyed at what the Lord did tonight.  I don’t know that I’ve ever felt more in tune with the Holy Spirit at a crusade than I did tonight.  God moved in a powerful way and I felt as though the crowd was hanging onto every word I said.  No doubt, most of these people heard the gospel tonight for the very first time.

I preached a message on the Image of God and how the enemy comes to steal, kill and destroy but Jesus came to give life and life more abundantly (John 10:10).  I used a hammer to illustrate how the enemy comes to destroy you with sin and worldliness, but Jesus came at Calvary to intercept that hammer and to set the captives free.  The people were locked into every word of my message. (You can listen to the message on Facebook HERE).

When I made the call for salvation, it had to be the largest percentage of a crowd I’ve ever seen stand to their feet at one of our crusades.  I could only see a few small pockets of people who didn’t stand and I assume that’s because I said, “if you’re already a Christian, don’t stand”.  It was joyous to watch.  The Bible tells us that all of heaven rejoices over just one sinner that comes to repentance.  I can tell you tonight, all of heaven is having a party right now! Hallelujah!

After the prayer for salvation, I prayed for the sick and Jesus did some amazing miracles.  One notable miracle was of a father who brought his young boy who had a constant bloody nose for the past 4 months straight.  Actually I could see dried blood on his nose and face where it had been bleeding earlier tonight.  The father said tonight when we prayed, Jesus healed him and his nose has stopped bleeding for the first time in over 4 months.  Praise God!

Here are some other notable healing testimonies from tonights service: 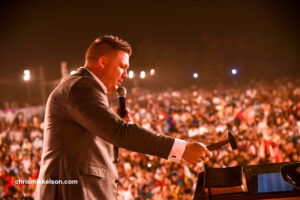 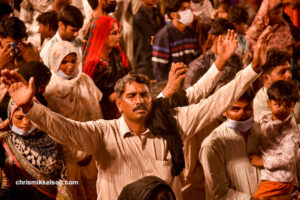 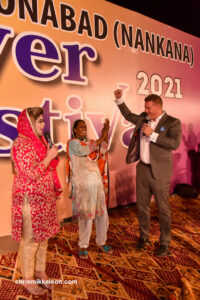 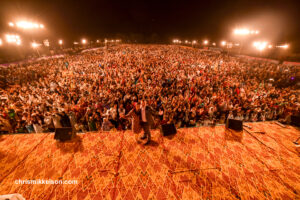 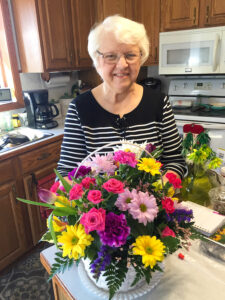