Devotional – What Is Christianity?

I hope and trust this email finds you well in Jesus Name!

“What is Christianity?” This was the title and subject of our LIVE TV broadcast a couple weeks ago. I wanted to take some time this morning to “go back to the basics and re-focus” our hearts and attention on what Christianity really is, and why we believe and live for Christ the way we do. I hope it encourages you!

Since the birth of the church there have been many strange or false doctrines that have been taught and believed that are not based on the authority of Scripture. In our generation, with tools like the internet, some of these false teachings and beliefs have become prevalent and have led many astray. There are some very key elements to our faith that are foundational, so let’s take a look at some of them together this morning.

Acts 2:42 says, “And they continued steadfastly in the APOSTLES DOCTRINE and fellowship, in the breaking of bread, and in prayers.” This is one of the blueprints for the success of the early church. They were doing life together, they regularly partook of the Holy Communion, they lived prayerful lives, but FIRSTLY this verse shows us that they “continued steadfastly in the apostles doctrine.” If we want what the early church had and moved in, we must do what they did and believe what they believed! What was the apostles doctrine? What did they teach and believe? What was Christianity for the early church?

I grew up in a small town in Minnesota going to a local Lutheran church. Every Sunday we would always verbally recite both the Lord’s Prayer and the Apostle’s Creed, by memory. I actually had the entire Apostle’s Creed memorized by the age of 7 or 8 years old. It is one of the foundational documents of Christianity and tells us what the early churched believed about Christianity and I believe it’s still relevant today!  This is what it says:

“I believe in God, the Father almighty, creator of heaven and earth. I believe in Jesus Christ, His only Son, our Lord, who was conceived by the Holy Spirit and born of the virgin Mary. He suffered under Pontius Pilate, was crucified, died, and was buried, He descended to hell. The third day He rose again from the dead. He ascended to heaven and is seated at the right hand of God the Father Almighty. From there He will come to judge the living and the dead. I believe in the Holy Spirit, the holy Christian church, the communion of saints, the forgiveness of sins, the resurrection of the body, and the life everlasting. Amen.”

We actually do not know historically the exact origins of this actual document, though there are a lot of stories of where it came from. What we do know is that this document was being used by the Church of Jesus Christ as early as the 2nd Century, and that it was widely being used and recited by the majority of the Early Church by 400 A.D. The growth and popularity of the Apostle’s Creed was due to the growing amount of heresy among churches. Why did the early church use this item so widely? Because it includes the most foundational truths of what Christianity is, and why we believe what we believe! Even today, most Christian churches endorse and practice this same Apostle’s Creed.

Years ago I learned that when experts on currency from governments train on how to look out for counterfeit bills, they actually do not study the fake bills – they study the real authentic bill. That way they can easily detect a counterfeited bill. It’s the same for our Christian faith and beliefs. We need to be so grounded in the truth of scripture, that we can easily and quickly detect and reject anything that is not sound doctrine.

I want to encourage everyone today to take some time to read over this Apostle’s Creed found in bold above. These statements are loaded with powerful truths that clearly define what Christianity is! You might want to take the time to memorize it and be able to quote it to yourself or to others if you’re asked what Christians believe. Most importantly, I encourage you to take a few minutes this morning to MEDITATE ON THESE TRUTHS! Meditation on scripture and scriptural truth is powerful! When we meditate on Scripture or Scriptural truths, we allow them to get deep into our mind and our spirit, and that’s when it becomes revelation knowledge, which brings transformation! Right believing produces right living! Believing on TRUTH from God’s word has the power to change the way we walk, talk, act and live, in Jesus Name!

If you missed that broadcast and want to go a little more in depth into the statements found in the Apostle’s Creed you can watch the entire episode HERE.

Please join me today at 11 am Eastern Time for another LIVE episode of Salvation Today TV. You can join us LIVE on Facebook HERE or on Youtube HERE. We hope to see you there. 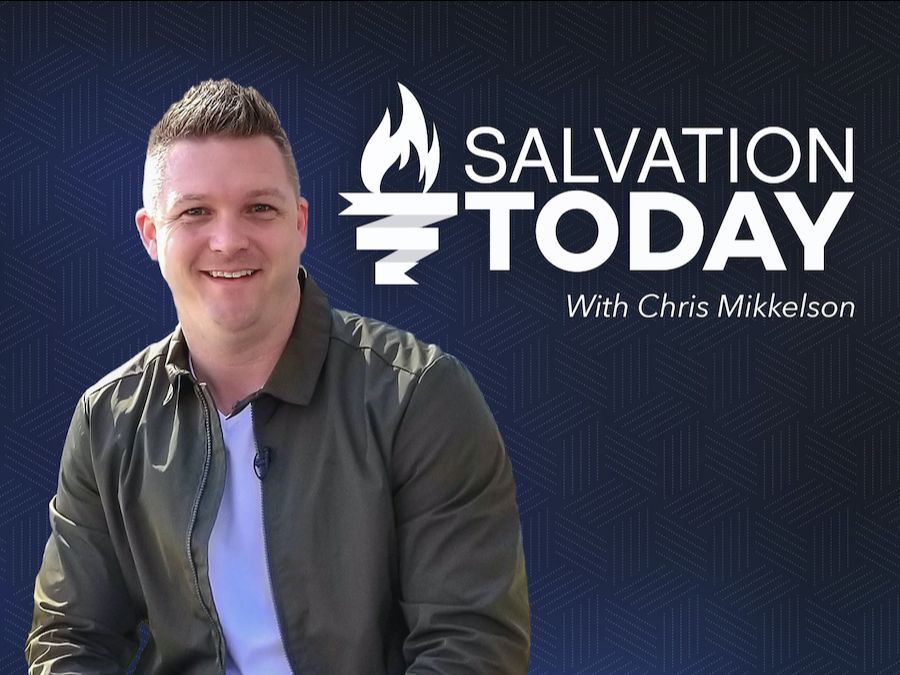 BECOME A MONTHLY PARTNER
AND GET A FREE T-SHIRT!
Become a monthly partner at $25 or more per month and receive a FREE shirt like one of the shirts above. Click the ‘donate here’ button to set-up a recurring donation. Go to ‘free offer’ and select your free shirt.